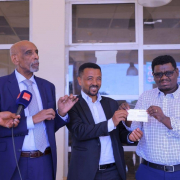 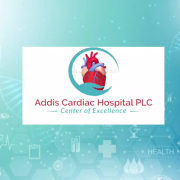 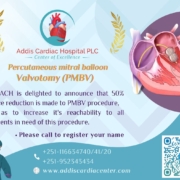 Addis Cardiac  Hospital is delighted to announce that 50% price reduction is made to percutaneous mitral balloon valvotomy procedure, so as to increase it’s reachability to all patients in need of this procedure. 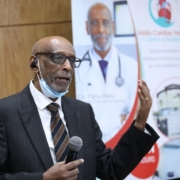 In a bid to expand its services and to widen its human development endeavor, ACH had carefully crafted a relocation project and had approached 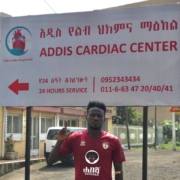 ACH has a comprehensive general and cardiac check up programs providing to the general population and specific groups like professional/amateur athletes and football players.
All check ups and screenings are completed in one day.
ACH had a privilege of screening football players of Ethiopia Buna the most famous football club in Ethiopia. Applying the scientific guidelines for athletes and football players, which is a rigorous screening test, all Ethiopia Buna players were certified to participate on African Confederation Cup.

Medical Screening for football players
There are some details of the medical screening that is performed for international football players. This medical screening is very comprehensive, and is divided into the following components:
A. HISTORY
Personal Football History – details of playing position, dominant leg and number of games played in previous year.Medical History
Family history is medical condition. Player medical history. Current complaints and symptoms.Current medication and vaccination

Laboratory Examination – a blood count and urine test is mandatory, with a range of other tests recommended.
Orthopedic Examination and Functional Tests – there are mandatory inspection and functional examination tests of the spinal column, shoulder, hip, knee, lower leg, ankle and foot. Other tests that are recommended are range of motion tests, muscle balance and muscle strength (one-leg hop).
Radiological Examination and Ultrasound Scan – if required based on the above examinations. 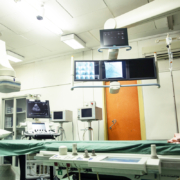 A 39 years old male who has diabetes for 30 years presented to out center with sudden onset left side severe chest pain associated with fatigue and difficulty of breathing.
He was evaluated at our Emergency OPD and found to have heart attack (Acute Myocardial infarction/AMI. He was stabilized and all the necessary drugs were given.

He was then immediately taken to the Cath lab where it was found that one of his main blood vessel that supply heart muscle with blood (coronary artery) was totally blocked.

His blocked vessel was opened with the procedure called PCI. see the video below, as the arrow indicates the closed vessel can be seen open after the interventions.
He was okay after the procedure and he was discharged home after 48hrs of hospital stay.

We advise any person experiencing chest pain especially new onset chest pain or difficulty of breathing that worsens with walking and related symptoms to have immediate cardiac checkup.

What are cardiac pacemakers?

Pacemakers are devices used for the treatment of some types of heart beat (cardiac rhythm) abnormalities.

The 1st case of human cardiac pacing was performed by and Australian anesthesiologist, Marck C Lidwalell in 1929. In Ethiopia it has not been a decade since permanent cardiac pacemaker implantation was started and currently Addis cardiac hospital gives such treatment (pacemaker, ICD and CRT) by experienced cardiologist.

How are pacemakers implanted?

Pacemakers are implanted in an a wake patient by using local anesthetic and making small incision in the upper anterior chest followed by advancing leads (Special wires) through veins with the help of X-Ray Machine and placing the battery (generator) under the tissue below the skin.

What are the risks of pacemaker implantation?

In skilled hands, the majority of pacemakers (95%) are implanted without any complication

Possible complications in the remaining patients include:-

Rarely (1 in 1,000 people), puncture of the heart (Tamponade) may occur and may need removal or at times it could even be fatal

A patient with and ICD should avoid driving at least for the first 6 months.

The site is aimed to make Addis Cardiac Center more accessible by its clients and provide up-to-date information. 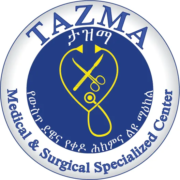 What are Heart Valves?

Valves are one-way gates in the heart that keep blood flowing between the chambers and in the same direction. There are four valves in the heart, and each one has flap-like “ doors” (called cusps or leaflets) that open and close with each heartbeat. The two most common heart valve conditions are:

Heart Valve surgery:- The goal of this operation is to Repair (mend the valve to help it work better) or Replace one or more malfunctioning heart valve with a new valve (Mechanical or Biological).

Types of prosthetic valves– The choice between the two types depends on certain patient characteristics and ability to take lifelong anticoagulant (blood thinner).

Narrowing of the arteries that branch off from the body’s main blood supplier called the “ aorta” to feed the heart  is called coronary artery disease (CAD) CAD prevents the heart from getting the blood and oxygen it needs giving rise to chest pain or heart attack. The goal of coronary artery bypass grafting (GABG) is to improve blood flow to the heart. Bypass means and alternate route. In CABG operation healthy veins or arteries from another part of the body are taken and used to build a new road and “ bypass: the blockage in a diseased coronary artery.

How is open heart surgery performed?

What are the risk of open heart surgery?

As no procedure can ever be truly free of risks, open heart surgery too has its sets of minor and major complications. The risks very from patient to patient as well as from one type of hear surgery to another possible complications include: